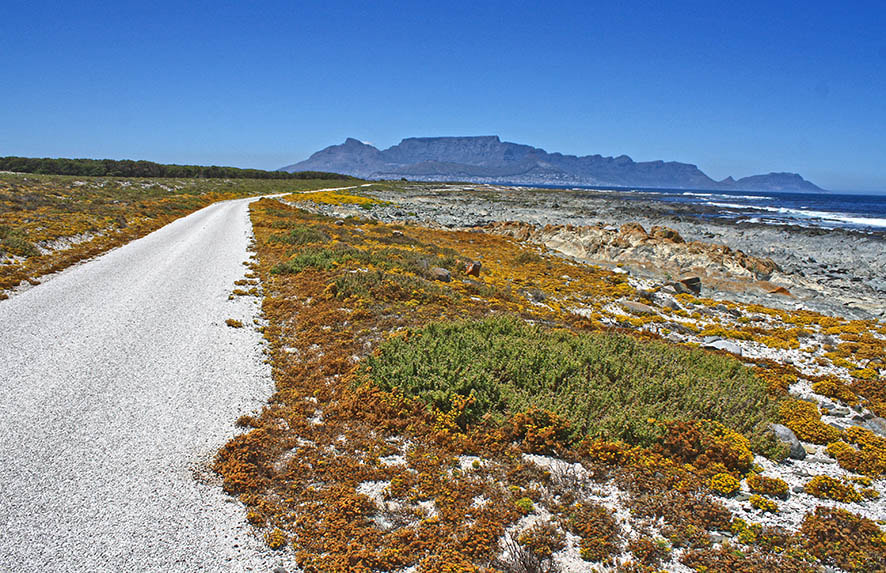 The sediments creating the bedrock of the island were laid down between 900/800 million years ago, and the changing sea levels over substantial time altered the physical shape and approximately 12,000 years ago the sea rose to cause the channel between it and the mainland.

There is the possibility that stone age peoples had access to the island, but that is still subject to archaeological exploration.

From the 17th century, the Dutch settlers utilised Robben Island as a prison and for the isolation of mainly political prisoners, with its first prisoner assumed to be Autshumato. Among its early permanent inhabitants were political leaders from various Dutch colonies, including Indonesia, and the leader of the mutiny on the slave ship Meermin.

Due to the maritime danger that Robben Island presented to shipping, Jan van Riebeeck ordered that bonfires were to be lit at night on top of Fire Hill, the highest point on the island, now Minto Hill). The first recorded shipwreck was in 1611, of the Yeanger of Horn, while searching for profits from seal oil. A number of other ships were wrecked on the island’s shores, amongst others the Schapenjach in 1660, the Dageraad in 1694, the Flora in 1821 and the Perseverance in 1826. Ten years later the Gondolier was wrecked. In 1865 Robben Island lighthouse was completed on the hill.

After the British Royal Navy captured several Dutch East Indiamen at the battle of Saldanha Bay in 1781, a boat rowed out to meet the British warships. On board were the ‘Kings of Ternate and Tidore, and the princes of the respective families’. They had long held them on "Isle Robin", but then were moved to Saldanha Bay.

In 1806 the Scottish whaler John Murray opened a whaling station at a sheltered bay on the north-eastern shore of the island which became known as Murray's Bay, adjacent to the site of the present-day harbour named Murray's Bay Harbour which was constructed in 1939-40.

After a failed uprising at Grahamstown in 1819, the fifth of the Xhosa Wars, the British colonial government sentenced African leader Makanda Nxele to life imprisonment on the island. He drowned on the shores of Table Bay after escaping.

The island was also used as a leper colony and animal quarantine station. After the leper colony in Hemel-en-Aarde was deemed unsatisfactory the victims were moved to Robben Island, in 1845, on a voluntary basis. In April 1891 the cornerstones for 11 new buildings to house lepers were laid. After the introduction of the Leprosy Repression Act in May 1892 admission was no longer voluntary and the movement of the lepers was restricted.
​​During the Second World War the island was fortified and BL 9.2-inch guns and 6-inch guns were installed as part of the defences for Cape Town.

From 1961, Robben Island was used by the South African government as a prison for political prisoners and convicted criminals. In 1969 the Moturu Kramat, which is now a sacred site for Muslim pilgrimage on Robben Island, was built to commemorate Sayed Abdurahman Moturu, the Prince of Madura. Moturu, who was one of Cape Town's first imams, was exiled to the island in the mid-1740s. He died there in 1754.

The island is managed by Robben Island Museum, which operates the site as a living museum and in 1999 it was declared a UNESCO World Heritage Site.
Website: www.robben-island.org.za
Powered by