​entered for the National Heritage Council competition on the theme
I   a m   a n   A f r i c a n
and won a copy Adv Sonwabile Mancotywa’s second edition of ‘Critical Conversations about Heritage’
​Born on African soil I consider myself an African, though the colour of my skin often provokes the reaction that I cannot be. Away from the continent Africans are considered to have dark skin; on the landmass very often too.

I hear the contemporary call, “Give us our land back - you stole it from us”. Really? Me? A whitey from the Cape. How did I do this?

So I mentally travel back through the eons of human evolution, from Homo species long extinct to the development of modern Homo sapiens, first appearing as we know in Africa.

Humans have always migrated, whether within the principle from trees to savannah, to a little further afield, then spreading through the landscape, across oceans and ultimately colonising the whole planet.

Somewhere in the last 60 000 years modern man left Africa, believed to be somewhere in the vicinity of the Arabian peninsula, through the Middle East, and then settling in what is now Europe, displacing Homo neanderthalensis, although not without some interbreeding. The tentacles continued to open, reaching the furthest corners of habitable places: New Zealand and Tasmania on one side, the west coast of South America on the other. These were the first of subsequent waves, often subduing earlier settlers and colonising their lands.

Amongst this melange were those carrying genes that undertook this epic journey, varying and adapting en route, and ultimately percolating down to me.

The first farming practices with advanced tools, then settlements, occurred in the Fertile Crescent, often considered the Cradle of Civilisation, and this technology too became part of the human evolutionary cycle. Not only agriculture and irrigation techniques, but the manufacture of glass and development of the wheel was evidence of progress.

With the creation of sophisticated weapons, travel modes took expansion in a violent direction and on a larger scale to dominate lands and peoples not originally belonging to their nations - Egyptians, Greeks, Romans, Spanish and the British amongst many others aggressively colonised major parts of the planet that were already substantially settled by previous occupiers.

Somewhat later in this complex melee my paternal grandfather emigrated from Ireland to South Africa, ultimately resulting in my birth here half a century later.

The remaining San peoples in Southern Africa, sparse as the numbers may be, are considered to be the best example of the beginnings of modern man. All of our genetic information can be linked to this group, indicating that we are all joined as a species.

In effect I, or at least my genomes, have travelled substantially out of Africa and circumnavigated back to where I began. I am, therefore, an African.

And with it a philosophy. The first peoples did not exploit the concept of land ownership as understood in the modern world, so an approach for an equitable spread must be the agenda. 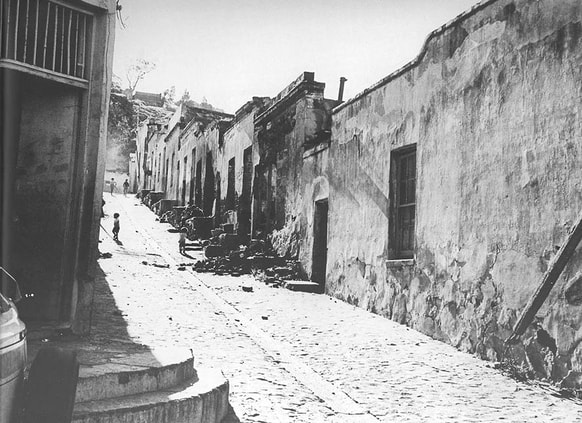 Photograph from BOKAAP . . . Faces and Facades, by Lesley and Stephen Townsend. Published by Howard B Timmins 1977.
​
​The public meeting held at the Castle of Good Hope on Saturday 16 March, which attended by residents and members of SAHRA to discuss the heritage declaration of the Bo-Kaap, was stimulating and productive.

Here, deep in the bowels of a structure completed 340 years ago and representing colonialism and suppression, two groups worked enthusiastically towards a common goal, that of establishing the Bo-Kaap as a National Heritage Site. There does appear to be an argument to seek World Heritage status too.

Facilitated by the Castle CEO, Calvyn Gilfellan, there was a definite feeling in the air of SAHRA standing firmly behind the desires of the community to progress, by initially establishing twenty individual properties as heritage sites to form the basis of an overall declaration.

After the appalling decision to flatten District Six, and the debacle presently been revealed about the lack of government progress regarding restitution, I believe there is added pressure to ensure that the Bo-Kaap is adequately protected for the future.

Presentations by Ben Mwasinga, Gcobani Sipoyo and Heidi Weldon of SAHRA further explained the intricacies of the process and opened up dialogue from community members who raised interesting and valid points. The officials appeared to welcome and embrace all views.

I came away from the meeting feeling that this was heritage in action, with proactivity from SAHRA and the Bo-Kaap residents, hopefully leading to a successful declaration of a Provincial Heritage Site. 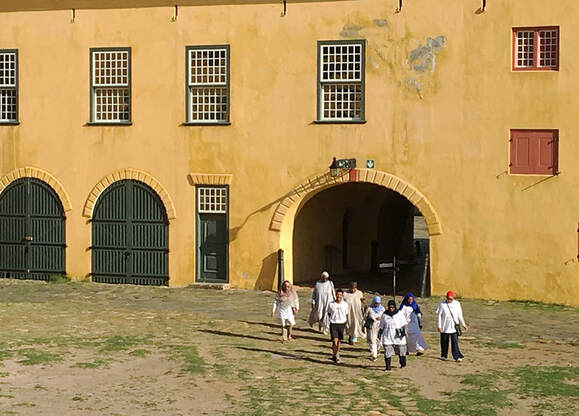 In 2009 I stumbled onto the forlorn farm complex of Matjiesrivier. It must have made a grand appearance at one time, snuggled magnificently in a shallow valley alongside a stream from which it derives its name, in the middle of a large triangle formed by Porterville, Piketberg and Moorreesburg.
It sadly stood in a deserted state then, but although all the interior wood had been very neatly removed (the joists sawed off at the walls), it appeared to be structurally sound.
When I again viewed it in February 2015 a different story was apparent: many of the walls were collapsing, exposing the sun-dried bricks to the elements, hastening its demise.
A Surveyor General diagram dated 1844 indicates that a building was already on site; although the format of the present one does not seem to depict that period, it is highly possible that it is included within the construction.
A few other buildings in the group still stand, one being a set of garages containing slight references to Art Deco, indicating the group was still utilised well into the 20th century. Part of the front stoep is face-brick, which again must have a later addition.
Today space behind the main house is used as a tip. Another piece of history disappearing into a dump site.

THE OLD TIGER OATS COMPLEX
ERVEN 876, 878 and 884, MOORREESBURG. WESTERN CAPE
A brick and stone complex of multi-storey buildings
A REQUEST TO HAVE THE WORKS DECLARED A PROVINCIAL HERITAGE SITE
26 September 2014

In 1998 the old National Monuments Council stated: . . . The National Monuments Council is most interested in the building complex as a whole, both the corrugated iron structure, as well as the permanent brick and stone building, and the chimney across the road. In our opinion the complex is as significant as some of the (few) remaining industrial buildings in Cape Town, and I refer particularly to the Old Caste Brewery in Woodstock and the historical buildings in the Breweries Complex in Newlands, which has been successfully restored by the well know architect, G Fagan, and is now a historical monument. Buildings of this type are becoming increasingly rare in this country and a fine example such as this is worthy of preservation. In many European countries as well as the United Kingdom and America, industrial buildings are highly valued and are re-used in a number of creative and exciting ways; these have proved to be an extremely valuable asset to local tourism.
The NMC would certainly not be prepared to consider approving the demolition of the Old Tiger Oats buildings in Moorreesburg and would suggest that the potential for creative re-use and restoration/renovation of the complex be explored.
Signed: Laura Robinson   Dated: 27 August 1998

Unfortunately, since that period, the complex has gone through a marked deterioration, with elements having been sold off (illegally in my opinion). I am also of the view that the structures have been purposely allowed to arrive at their present sad state, perhaps with the view of demolition. According to the National Heritage Resources Act demolition without a permit from the relevant heritage authority is of course an offence.
On 1 December 2005 a local newspaper, Die Swartlander, ran an exposé on the deplorable state of the buildings, which did nothing to elicit a reaction.
In a request to Heritage Western Cape and SAHRA by Swartland Heritage Foundation, in 2004, to take action, it was stated that a situation of wilful neglect existed and that steps should be taken to enforce the owner/s to rectify the situation. The Swartland is often perceived as an area of no particular heritage importance architecturally, and situations like this go some way to reinforcing this view. If the owner/s were forced to comply with the Act, it might serve as an example to others who do not want to sustain historic buildings.
In a ROD from HWC dated 29 June 2006 it was stated that BELCom decided not to approve any demolition of the building and that it should be proposed for provincial declaration and protection.
On a subsequent visit to the complex I found someone on site removing material. After contacting the police he was removed. In a letter to the police I requested that an eye be kept on the premises. The Commissioner of Police in Moorreesburg at the time replied that in his opinion ,”. . . the community will be better off if it is demolished” quoting a recent murder on site and that they could not act as a ‘security firm’.
From oral research in the town it is apparent that the Tiger Oats complex was the origins of what is now Tiger Brands (the buildings are actually featured on their web page www.tigerbrands.co.za/about-us-4/tiger-brands-history), and it was of such substance in the town that the local rugby team was essentially drawn from the staff.
Originally known as Tiger Oats, Tiger Brand's first product was a breakfast oatmeal brand called Jungle Oats. A product that is still produced by Tiger Brands. The product was first conceived by a Mr Frankel towards the end of the 19th century and was finally launched in 1925. Tiger Oat's first Mill was opened in Moorreesburg, Western Cape. A second mill was opened in Maitland, Cape Town when demand outgrew the Moorreesburg's mill's capacity in 1930. The Moorreesburg mill was abandoned in about 1987. From Wikipedia.
The Tiger Oats complex (and railway station structures across the tracks) are sad examples of how buildings which could and should have a life, are neglected until such time they become unusable. Similar structures internationally (waterfront complexes in New York and London, for example) have become sought after residential units. The Old Castle Brewery in Cape Town, to which it was compared by the NMC, is evidence of a creative solution.